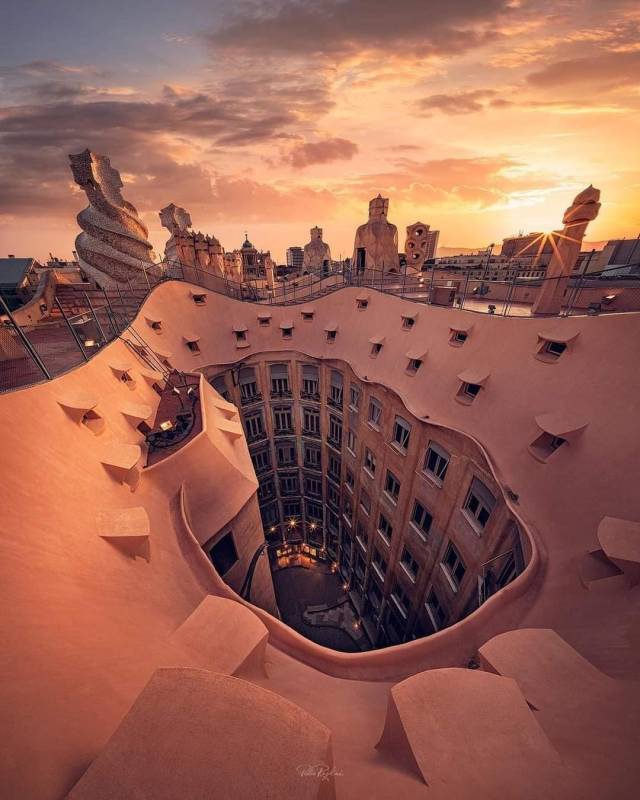 An impressive perspective of Casa Mila (also known as ‘the stone quarry’) in Barcelona, Spain.

It was designed by the architect Antoni Gaudi and built between 1906 and 1912. It is known for its unconventional rough-hewn appearance and was declared a World Heritage Site by UNESCO in 1984.