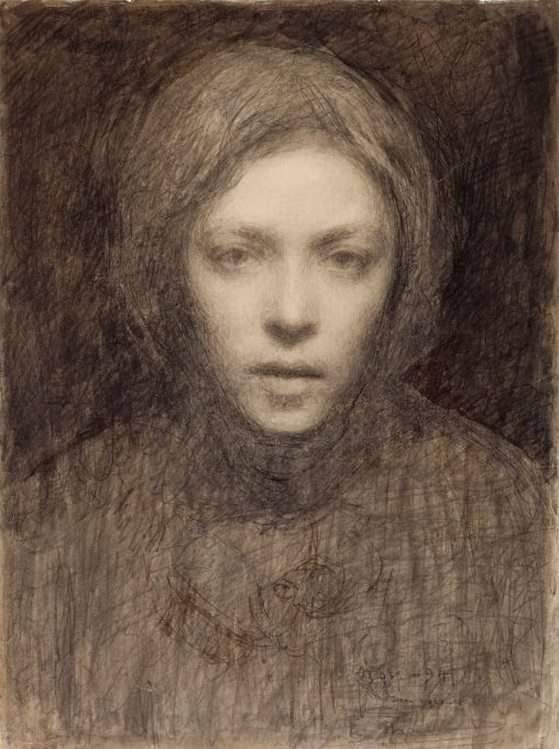 pencil and sepia on paper

Ellen Thesleff was born in Helsinki on 5 October 1869. From 1885 to 1894 she studied at Adolf von Becker’s private academy, the drawing school of the Finnish Art Society, Gunnar Fredrik Berndtson’s school and in Paris at the Académie Colarossi. She became a member of a group of Finnish artists influenced by the Symbolist movement in Paris. She travelled widely and exhibited works in various countries, including

Sweden, Russia, Italy and Norway. She died in Helsinki in 1952.