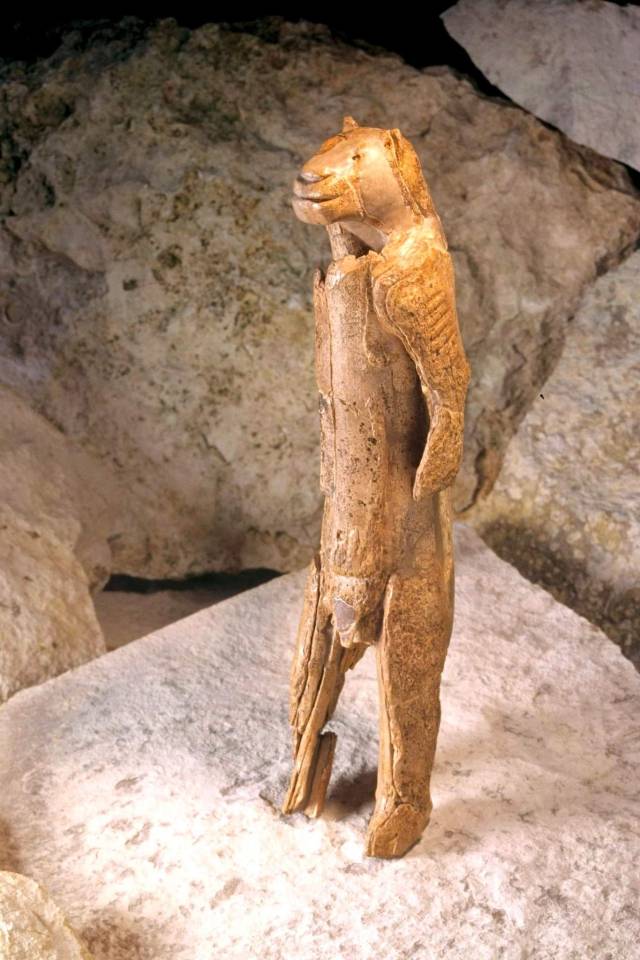 Lion-man, the oldest anthropomorphic animal carving in the world (38,000 BCE. It was found in a German cave in 1939. Carved out of mammoth ivory using flint stone tools.

The Lion-man may be the oldest-known example of figurative art and it is recognisable to us as a human figure with a lion’s head. We are familiar with such zoomorphic depictions because we have seen them before, for instance on wall-paintings in Egyptian tombs. But the Lion-man was carved around 35,000 years ago, many thousands of years before the Egyptians.