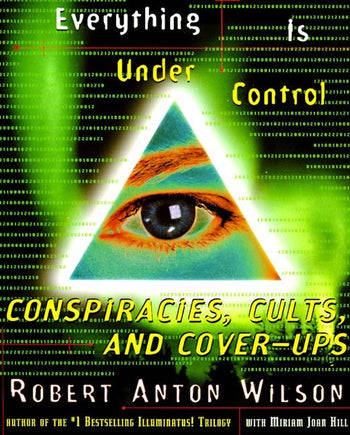 Basically, it consists of (a) the perpetual anarchist quest for maximum liberty of the individual and (b) a prose style of such post-modern density and Nietzschean fury that it continually “tricks” the reader into realizing just how very little liberty we ever experience, and how much bland tyranny we presently endure.

Poetic terrorism started out as a graffiti campaign, but Bey now defines it as “a strange mixture of clandestine action and lying (which is what art is all about)” and compares street theater with guerrilla theater.

“If you call what you’re doing a ‘street performance,’ you’ve already created a split between artist and audience….But if you stage a hoax, make an incident, create a situation, it might be possible to draw people in as participants and to maximize their freedom.”

– Robert Anton Wilson, Everything is Under Control