The flash of an exploding stun grenade is seen… 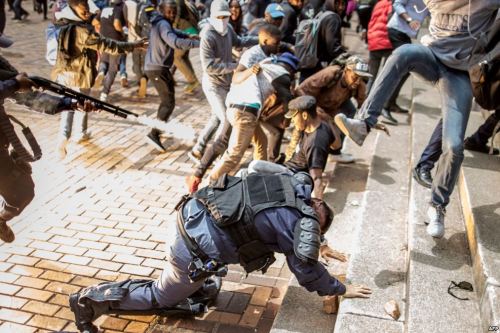 The flash of an exploding stun grenade is seen as a student from the University of Witwatersrand jumps on a falling policeman while another policeman fires rubber bullets from his rifle during a mass demonstration on campus in Johannesburg. Authorities tried to re-open the prestigious Wits University after weeks of demonstrations, photo by Marco Longari, 2016